A midrange smartphone from the stable of South Korean electronics maker Samsung, the Galaxy M51 is a completely ‘fresh’ device. Unlike other recently launched M series smartphones, which bring incremental upgrades over predecessors, the Galaxy M51 introduces several new features to the series, including the industry-first 7,000 mAh battery.


From super AMOLED screen of a fullHD+ resolution to a 64-megapixel quad-camera set-up on the back, and the Qualcomm Snapdragon 730G system-on-chip, the smartphone covers a wide spectrum of features and specifications that you look for in a midrange smartphone. But is it the one Samsung device that can match the likes of Chinese smartphones like the OnePlus Nord and Realme 7 Pro in the midrange segment? Let’s find out:


Like other Galaxy M series smartphones, the Galaxy M51 has a plastic body with a reflective glass-like cover on the back. The phone’s glossy back cover is susceptible to fingerprints and gets smudged easily — not something you want if you are not in the habit of using a back cover. Its front is dominated by its screen, protected under Gorilla Glass. The smartphone has a minimal design and it looks uniform from every angle. It, however, has few distractions — a rectangular black-coloured rear camera module and a punch-hole screen for on-display front camera.


Overall, the Galaxy M51 has somewhat of a boring design, with little zing to elevate the theme. One must, however, give it to Samsung for building a smartphone that is neither too heavy nor unnecessarily bulky, despite featuring a 7,000 mAh battery.


The Galaxy M51 sports a 6.7-inch screen of a fullHD+ resolution and 20:9 aspect ratio. Though the screen is flat, it has a curved glass on top making it easy to use, especially with gesture navigation. The bezels around it are minimal and even the most prominent bottom bezel is thinner than those in other phones in the segment. The display has a punch-hole at top-centre for the front camera. It is a fat one, with a chunky circular black ring around the actual camera sensor. It obstructs the view and seems to be a bigger distraction than left-aligned punch-hole. As for quality, the screen is bright, vivid, and responsive. It has a good contrast ratio, too. It supports HDR, but only for videos available on YouTube. The HDR does not work in apps like Netflix, Amazon Prime Video and Disney + Hotstar. On the bright side, the phone streams videos available on over-the-top platforms in the fullHD resolution, thanks to its Widevine L1 certification. Overall, the Galaxy M51’s screen is good for most utilities. It would, however, have been better off with an enhanced refresh rate; the display operates at a conventional refresh rate of 60Hz.


The Samsung Galaxy M51 sports a quad-camera set-up on the back. It features a 64-megapixel primary sensor (Sony IMX682) of an f/1.8 aperture, a 12MP ultra-wide sensor of a 123-degree field-of-view, a 5MP depth sensor, and a 5MP macro sensor. On the front, the phone has a 32MP sensor (Sony IMX616) for selfies and videos. Details aside, the Galaxy M51 might lack versatility in the absence of a telephoto lens, but it cuts no corners on performance. The phone’s primary rear camera takes detailed shots in all light conditions. The sensor uses the pixel-binning technology to reduce the output size without compromising much on quality, and the result is apparent on the captured images. It, however, misses some details in the process that you get to see only if you compare it with a shot taken using a dedicated 64MP mode. Though the phone lacks a dedicated telephoto sensor, the pixel-rich primary sensor allows up to 2x digital zoom on the subject without losing much detail, especially in good light. 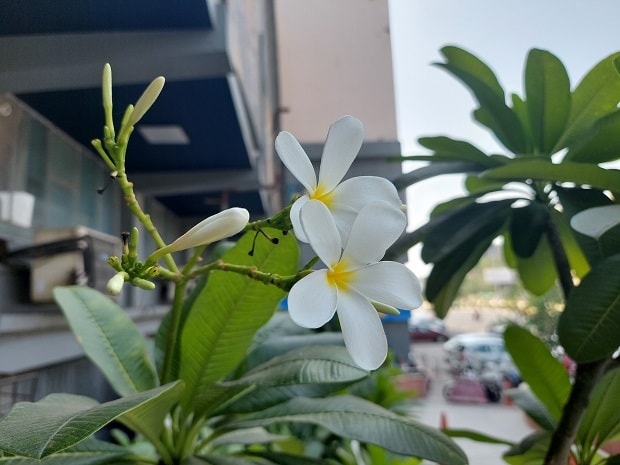 As for the ultra-wide sensor, it takes good shots in day light but struggles in dark environments. In daylight conditions, it takes detailed shots with a good colour accuracy, enhanced highlights and shadows, and a decent dynamic range. It also straightens the barrel effect to an extent without softening the frame too much. Completing the package is the phone’s macro sensor, which works fine in daylight but not in lowlight conditions. The depth sensor is meant to complement the primary sensor’s performance, and it works well for the bokeh effect and camera filters. It is good to see Samsung bringing its premium camera features to budget and midrange smartphones. After the M31s, the Galaxy M51 has got its ‘Single Take’ feature, which utilises the phone’s available optics and their value-added features at once to capture frames in multiple formats and shows them all at one place. You can select the best shot, and delete the rest, keep all of them, or delete them all. Surprisingly, the feature works effortlessly and takes limited time to create a bouquet of multimedia, including time-lapse video, photos from the main sensor and ultra-wide sensor, photos with filter effect, and more. In addition, the Galaxy M51 is the first M-series smartphone to get the ‘Night Hyperlapse’ feature. The phone’s front camera is also a capable unit and supports some software-based optimisation, such as the portrait mode, live focus selfie videos, night mode, etc. The ‘Single Take’ feature is also available for the front camera and it works equally well, given there is a good lighting to support it.


The Galaxy M51 is powered by the Qualcomm Snapdragon 730G system-on-chip, paired with up to 8GB RAM and 128GB internal storage. The phone boots Android 10 operating system-based OneUI 2.1 Core. Overall, the phone’s performance matches its midrange pricing. It handles everyday operations and heavy-duty tasks with ease. Gaming experience is also good and the phone keeps the thermals in control. The UI is good for most parts, but comes pre-loaded with a lot of bloatware. There are instances of advertisements in UI, too. However, the ads’ intensity is minimal and most are non-intrusive.


The Galaxy M51 ships with a 7,000 battery, the biggest in terms of rated capacity currently available on any smartphone. The battery easily lasts two days on moderate usage, including a fair bit of handling power- and graphic-intensive jobs. Thanks to a bigger capacity battery, the phone doubles up as a power bank to charge other supported devices using a wired connection. As for its own charging, it supports 25W fast charger (in-box accessory), which refills a completely drained battery to 100 per cent in around two hours. 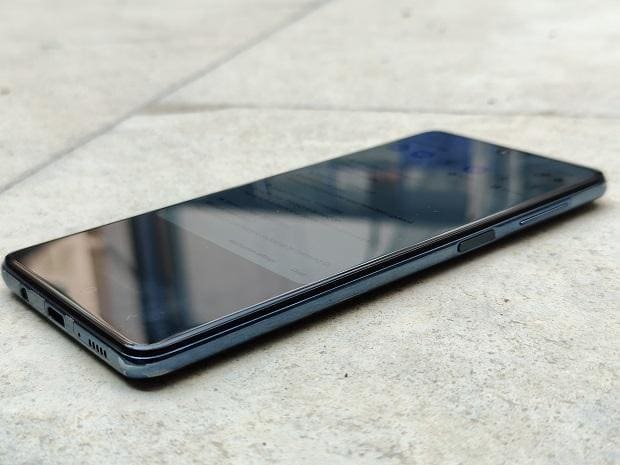 
Priced at Rs 24,999 for the base 6GB RAM variant, the Galaxy M51 is an all-rounder that the Samsung M series needed in 2020. It might not have the best design but it is a solid smartphone with a compact form factor, which is a big deal, considering that it has a mammoth 7,000 mAh battery and a 6.7-inch display. The Samsung Galaxy M51 is an obvious choice if you are in the market for a midrange smartphone from a reputable brand. However, if you are not averse to Chinese brands like Realme, OPPO and OnePlus, there are smartphones like the Realme 7 Pro (review), OPPO F17 Pro (review) and OnePlus Nord (review) which you might like to check before finalising your pick.